Okay, DeepStar Six is a little dull, but once the monster pops up it isn't that bad. Visually I think it's fine, and although the special effects look slightly pre-mature and clearly a lot of small-scale models have been used I actually prefer this over the clinical and steely looking computer tricks pulled by canonized Industrial Light and Magic.

DeepStar is a joint industry technology development project focused on advancing the technologies to meet its members' deepwater business needs to deliver increased production and reserves. The DeepStar consortium provides a forum to execute deepwater technology development projects and leverage the financial and technical resources of the deepwater industry. There are a number of technology focus areas, and the regulatory interface and administration is organised into a number of Technical Committees.

For a number of years, AMOG has been undertaking research for DeepStar®, most recently for DeepStar® project 11405 - the development of an industry guideline for the application of risk based asset integrity management practices to permanent mooring systems for floating production facilities. DeepStar® has recently approved public release of the Guidelines, which have been identified by the American Petroleum Institute (API) as a suitable basis for a new Recommended Practice for Mooring Integrity Management, API RP 2MIM. 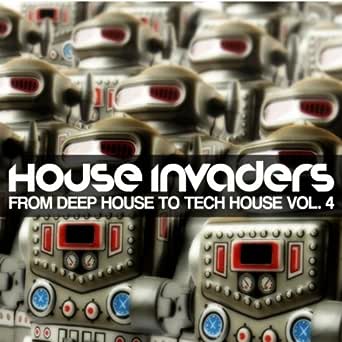 DeepStar Six is a 1989 American science fictionhorror film about the struggles of the crew of an underwater military outpost to defend their base against the attacks of a sea monster (possibly a giant eurypterid). It was released in January 1989. The film's main actors and supporting players included Greg Evigan, Taurean Blacque, Nancy Everhard, Cindy Pickett, Miguel Ferrer, Nia Peeples and Matt McCoy.

DeepStar Six is an experimental deep sea US Naval facility, crewed by a mix of 11 military and civilians, now in the final week of their tour. The project is headed by John Van Gelder (Marius Weyers), in order to test underwater colonization methods, while overseeing the installation of a new nuclear missile storage platform. Already nearing his deadline, Van Gelder's plans are threatened when geologist Burciaga (Elya Baskin) discovers a massive cavern system under the site. Van Gelder orders the use of depth charges to collapse the cavern, to the dismay of Dr. Scarpelli (Nia Peeples), who wants to study the potentially primordial ecosystem inside.

The ensuing detonation collapses part of the seabed, forming a massive fissure in the ocean floor. Submarine pilots Osborne (Ronn Carroll) and Hodges (Thom Bray) send an unmanned probe to explore, but lose contact and venture in after it. Upon finding the probe, they detect a large sonar contact moments before being attacked and killed by an unseen force. The unseen aggressor then attacks the observation pod, leaving Joyce Collins (Nancy Everhard) and a dying Burciaga trapped inside as it teeters on the edge of the ravine. Captain Laidlaw (Taurean Blacque) and submarine pilot McBride (Greg Evigan) - who is also Collins' lover - attempt a rescue. They dock with the pod and rescue Collins, but the unstable hatch door closes on Laidlaw. Mortally wounded, he floods the compartment, forcing McBride and Collins to return and leave without him.

The remaining crew now prepare to abandon the base, but the missile platform must first be secured. Without Laidlaw, facility technician Snyder (Miguel Ferrer) is forced to interpret the unfamiliar protocol. When prompted by the computer to explain the reason, Snyder reports 'aggression' (due to the creature), which the computer interprets as an enemy military force and advises to detonate the missile warheads. He complies and the resulting nuclear explosion creates a shockwave that damages DeepStar Six and the cooling system for the base's nuclear reactor. With failed life support, they begin repairs to restore power and pressure for the decompression procedure.

Engineer Jim Richardson (Matt McCoy) ventures outside in a JIM suit to effect repairs, but the creature comes after him, leading Scarpelli to conclude it is attracted to light. The crew retrieves his suit and haul him through the airlock, but the creature forces its way inside and bites him in half. The team retreats as the creature consumes the panic-stricken Scarpelli. Arming themselves with shotguns and harpoons with explosive cartridges, they venture back in to finish repairs. They succeed, but the creature attacks and Van Gelder dies when he accidentally backs into Snyder's harpoon. They escape to the medlab. Already badly stressed, Snyder quickly begins to unravel with guilt and fear. After a hallucination of Van Gelder, Snyder jumps into the escape pod and launches. Because he has not undergone decompression, the pressure changes from the ascent cause him to burst.

McBride swims through the flooded base to the mini-sub, to use it as their means of escape. While he is gone, the creature bursts into the medlab and Diane Norris (Cindy Pickett) attacks it with an overcharged defibrillator. Norris electrocutes herself and the creature as it attacks her, allowing Collins and McBride to escape, fleeing before the reactor goes critical. The sub breaches the surface, where they deploy a raft, only for the creature to emerge. McBride discharges the mini-sub's fuel, then fires a flare, killing the creature as the sub explodes. McBride soon resurfaces and joins Collins, as they wait for a Navy rescue team to arrive.

Producer Cunningham developed the idea in 1987 with the express purpose of being the first release on the slate of upcoming underwater action/sci-fi films.[1] Originally, Robert Harmon was going to direct the film. However, when he left, Cunningham stepped in to direct the film with a budget of $8,000,000.[1]

The creature was initially designed by Chris Walas, who then turned his production designs over to FX head Mark Shostrom. Shostrom made slight alterations and changed the creature's color scheme.[1] The underwater scenes were shot in Malta, in The Rinella Tank at Fort Ricasoli.

DeepStar Six was the first release of several underwater-themed feature movies released during 1989, including Leviathan, The Evil Below, Lords of the Deep, The Rift (Endless Descent) and The Abyss. With the exception of The Abyss, none of these films were box office hits.

Variety said the film was 'diluted by implausibility' due to the monster's appearance being unrealistic rather than threatening, also criticizing the lack of centralized characters.[4]

Time Out criticized the film's predictability and dialogue, stating that the only inventive aspect of the film was the design of the monster. Summarizing, 'Cunningham apes Ridley Scott and James Cameron competently enough, and there are scary moments, but he has not got the 'vision thing'. This simply rehashes the phony trappings of countless TV shows, to baldly go where we have been before'.[5]

Janet Maslin from The New York Times criticized the film's predictability, lack of suspense and dialogue.[6]